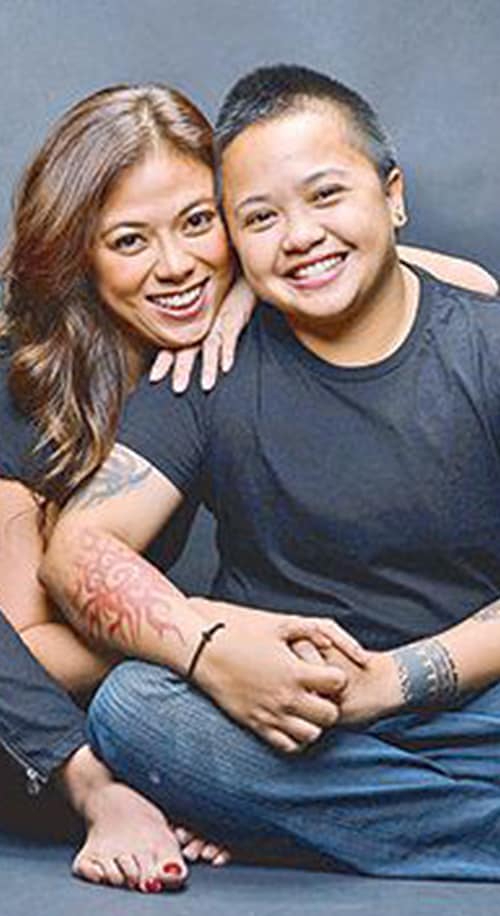 Born Cariza Yamson Seguerra in 1983, Ice Seguerra is an actor and musician from the Philippines. A well-known child actor in his homeland, he pursued a music career beginning in his late teens and had a hit with his official debut single, “Pagdating ng Panahon.” Identifying as a transgender man as an adult, he’s helped raised awareness regarding gender identity issues, as well as publicly advocating for animal rights and against child labor. Ice Seguerra had earned a degree from the University of Santo Tomas College of Fine Arts and Design, and continued to appear regularly on TV and in films. In 2014, Seguerra married Filipino model/actress Liza Diño, and in 2016 He was also appointed Chairperson of the National Youth Commission by the Philippines’ president.

LIZA DIÑO is the Chairperson and CEO of the Film Development Council of the Philippines, the Agency in charge of developing programs to develop the local film industry and promote it for global collaboration and growth. She is also an award-winning film, TV and stage actress who has appeared in numerous independent and commercial films.

As Chairperson and CEO, she is hard at work in promoting the country’s film export services, creating more opportunities for Philippine cinema to be exposed to the world, and developing policies for the growth of the film and audiovisual industry.

She is a member of the Board of Director of the Asian Film Commissions Network (AFCNET) and an active collaborator in the ASEAN-ROK Film Organisation and the BPX (Best Practice Exchange), an initiative that brings together heads of film agencies from around the world to brainstorm on best practice in public funding for filmmaking.